The PLANET project – People and LAnd NETworking – aims at realizing the integration of diverse food farming, touristic and environmental protection activities, through the creation of a Citizen-Science-based ecosystem promoting and enhancing the relationship between man and land.

The PLANET structure is composed of nodes which are the stakeholders: citizens, agricultural  activities, accomodations, subjects working in environmental protection, institutional and commercial partners. Connections among nodes will be based on the collection, elaboration and exchange of data about environmental, meteorological and hydrogeological indicators, generated by devices spread throughout the territory.

PLANET is based on involvement of the stakeholders, to allow the creation of a communication network.

PLANET will collect data to elaborate them and make them available on different levels, and will become a natural collector for projects aimed at multifunctional valorization of the local heritage. A sustainability protocol to join the PLANET ecosystem will be developed, to be adopted by stakeholders in their interactions with territory, enhancing environmental good practices such as circular economy.

PLANET will generate resources aimed at realizing mitigation and environmental protection actions, leading to the generation of a stream of data that will power innovative data analysis algorithms, enabling the erogation of new services. 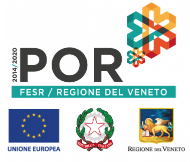